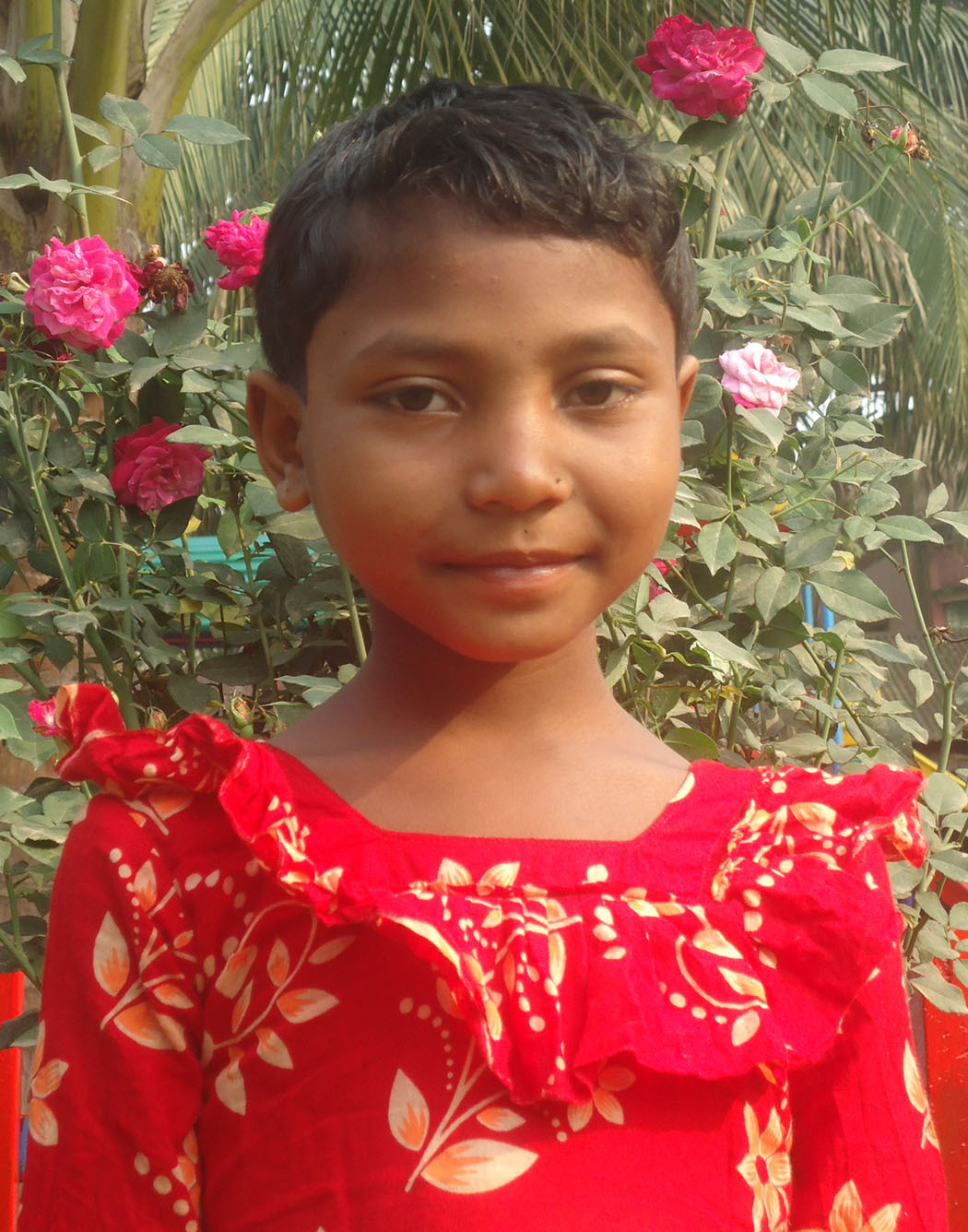 I love my art class! Running and skipping are my favorite exercise.

Archona wanted to go to school and now it is possible! She was asked to attend an International Needs Bangladesh school. Her father and mother are day laborers, in Monga area, working in fields. Monga is an ecologically vulnerable and economically weak part of Northern Bangladesh. During September, October and November in the rainy season, the people there are unemployed and have no income. They have no food and live a very miserable life. Archona has an older brother and a baby brother.

Your sponsorship will help Archona in a big way! Through your sponsorship, you provide Archona with nutritious food, an education that will last a lifetime, and a team of people looking out for her. Archona will learn so much!

You can sponsor Archona today, and provide hope for a brighter future for only $38 per month.