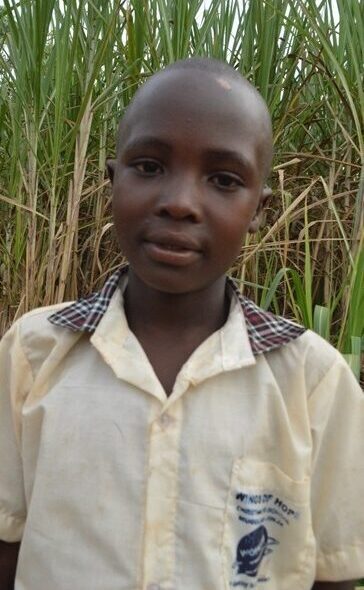 I help my family by fetching water. I like to play football and enjoy learning English.

Musenze has one older brother and one older sister. Their parents have recently seperated. His father left responsibility of the children to the mother, yet she has no stable source of income to support Musenze in school. They live in a small rented home. They can access their drinking water from a nearby tap. The family is Christian.

Musenze lives in Jinja, a district in the southeastern part of Uganda. It is found east of the Nile River and along the northern shores of Lake Victoria.

Your sponsorship will help Musenze in a big way! Through your sponsorship, you provide Musenze with nutritious food, an education that will last a lifetime, and a team of people looking out for him. Musenze will learn how much Jesus loves him - as you know, this is a life-changing message!

You can sponsor Musenze today, and provide hope for a brighter future for only $38 per month.