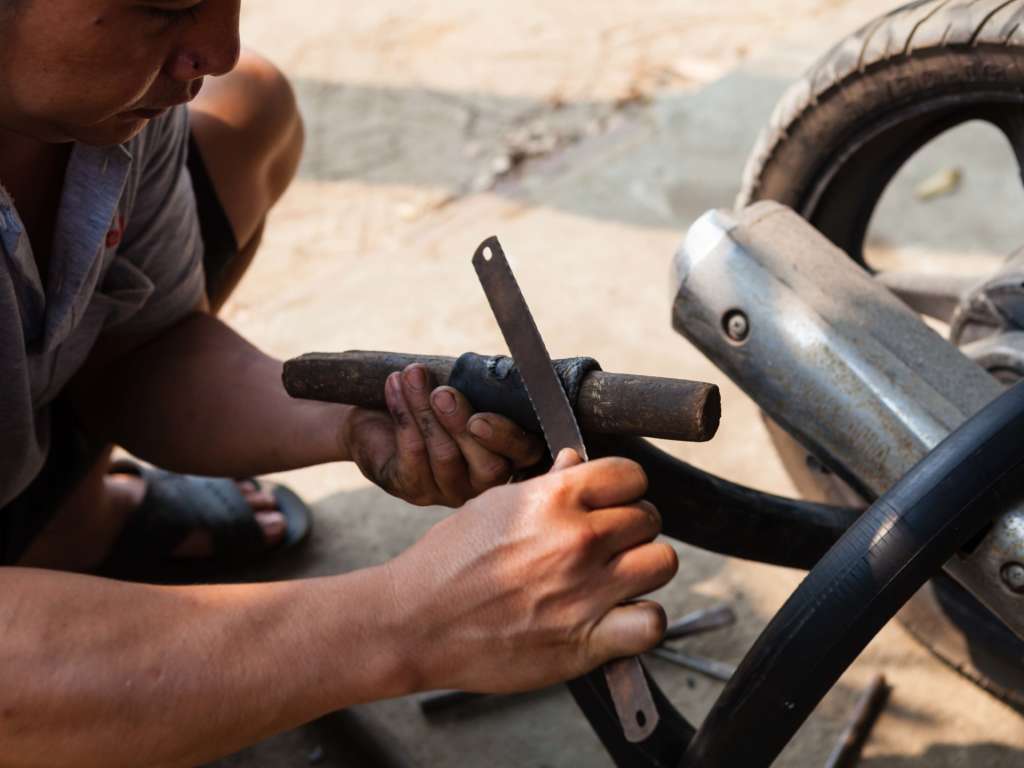 Stranded By the Side of the Road

How a flat tire changed one man’s life forever

“I used to be a Buddhist, but God showed me His love and salvation, so I decided to invite Him into my life.”

Nguyen (pronounced ‘win’) Tung first encountered the gospel while he was on the side on the road. He was on his way to work when his car got a flat tire. As he was trying to figure out what to do, a man pulled over and offered to help Nguyen fix his tire.

While he was helping fix the tire, this man also shared the gospel with Nguyen. Seeds of the gospel message were planted in Nguyen’s heart that day, and a few months later, he accepted Christ into his life.

“I felt peace that I’ve never had before,” Nguyen shared.

A short time later, Nguyen suffered a stroke and for four months he was unable to walk. People told Nguyen he had suffered the stroke because he became a Christian.

But Nguyen didn’t listen to those words. He responded to these comments by saying, “If I had not put my faith in Jesus, it could have been much worse.”

Today, Nguyen is able to walk again and is regaining his strength. “I wish to do more to serve the Lord,” he shares.

Nguyen volunteers regularly at his church and has a passion to share the love of Jesus with people he encounters, just as the man did with him when he had a flat tire.”