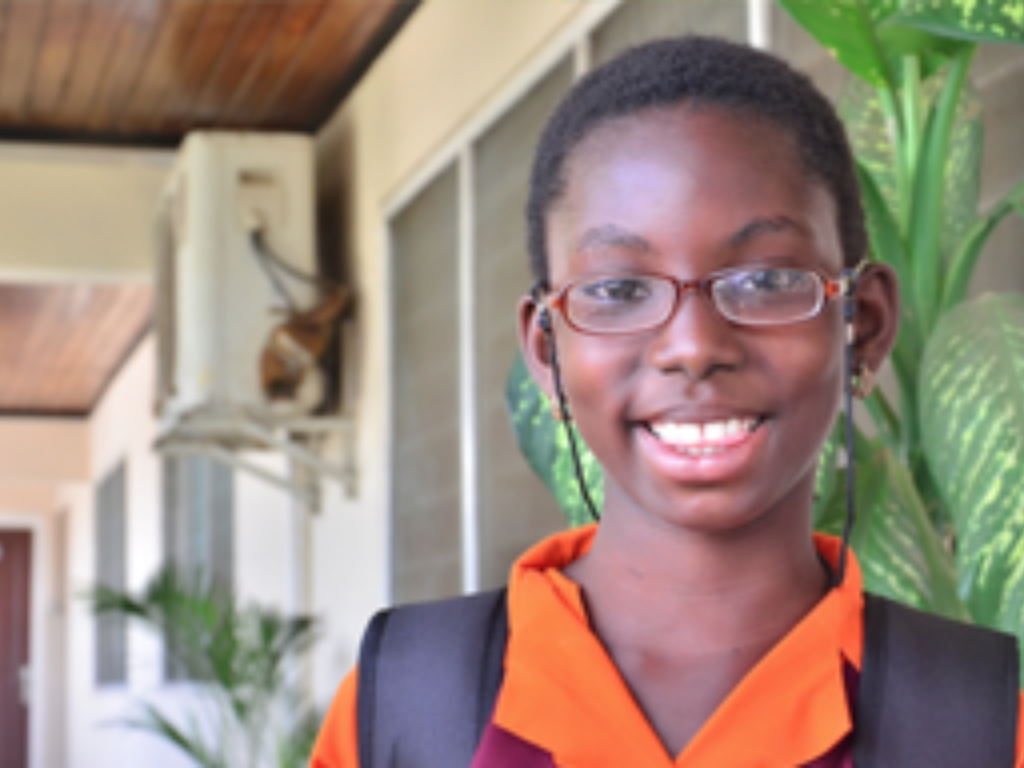 A Doctor in the Making

From the time she was born until the age of four, Ama was a very sick little girl.

Pale-faced and fragile, she couldn’t play and learn like other children because she was born with a hole in her heart (known as a ventricular septal defect) and a severely incompetent heart valve.

Ama’s condition meant that her heart had to work extra hard because it pumped oxygenated blood back into her lungs, instead of distributing it throughout her body. Even a minor cold required her to be rushed to the hospital for oxygen.

Because Ama was born to a poor family in Ghana, her parents were unable to afford the life-saving open-heart surgery that Ama so desperately needed. Fearing for her daughter’s life, Ama’s mother Margaret turned to International Needs for help. Through the Lord’s provision working through the generosity of IN partners, the necessary funds were raised.

Four-year-old Ama underwent successful open-heart surgery to repair both of her heart defects—an answer to many prayers.

Two years after her surgery, Ama was still getting used to life in a healthy body. She could walk long distances without getting tired. She ate well and played all the games other children played. But there was an unexpressed worry in the back of her mind that finally came out as she burst into her home one day after school.

“Mama!” Ama cried. “Now I know I am strong! I came in first in my class’s athletics competition!”

Finally, Ama had not only caught up to the abilities of other boys and girls her age, but she was also surpassing them. Ama’s mother Margaret marveled at how far her now strong and joyful daughter had come, and gave thanks to God.

Today Ama is nine years old. She is intelligent and hard working. She takes nothing for granted and is academically a year ahead of other children her age at her International Needs school.

But Ama is also thinking about the future. During her time in the hospital, nobody realized it, but Ama was watching. She was watching everything and everybody. The doctors and nurses who took care of her became more than just temporary figures in her life—they also became her role models.

“I want to be a doctor when I grow up,” Ama says, eager to share her dreams with anyone who asks. “I want to help people who are sick and take care of them so they can recover.”

But Ama’s words are not just dreams. Ama is full of action. She makes time for younger children, looking them in the eye and making sure that they know how special they are to her and to the Lord.

Ama is so grateful to God for sparing her life she is filled with compassion for others and, at the ripe old age of eleven, well on her way to becoming a vital and productive Kingdom worker.