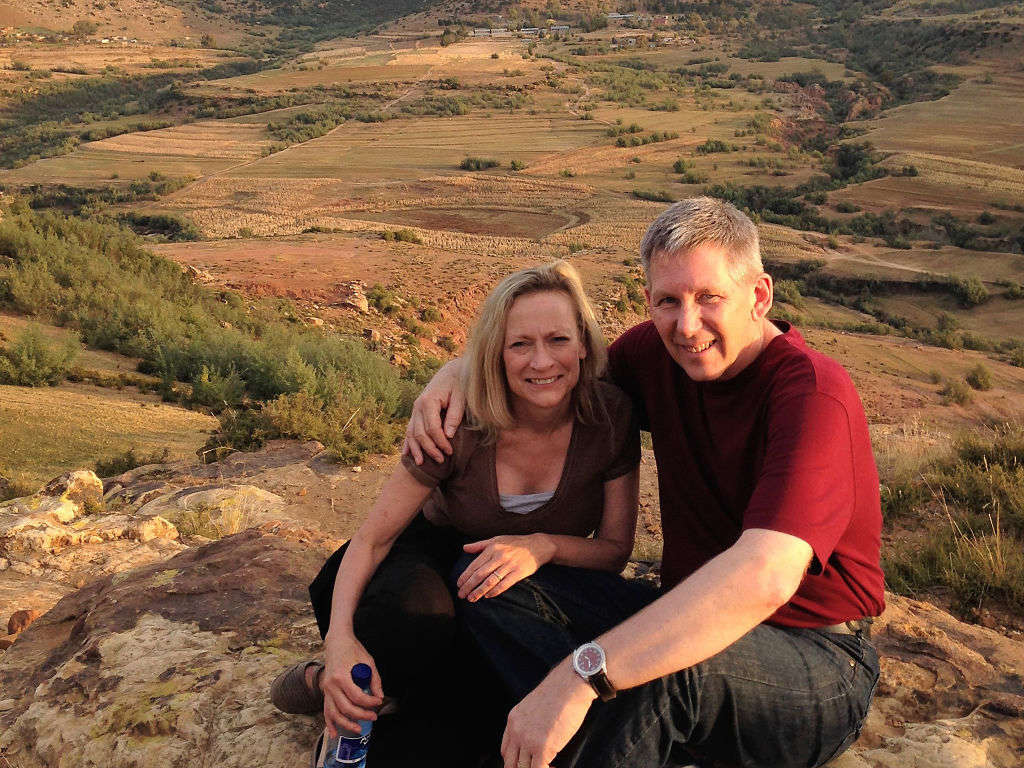 We are thrilled to have Jeff Johnson as our new International Needs USA president. As Jeff learns more about us, we would love to give you the opportunity to learn more about Jeff, his family’s story, and why he is uniquely gifted to lead IN USA.

“If you're called to missions, stand up!”

Back when Jeff and Danette were engaged to be married, they went to their church’s yearly missions conference together. At the “alright, if you’re called to missions, stand up” moment, Jeff stood up, wondering how that might impact their relationship.

But as he glanced to the side, Jeff noticed Danette standing up right next to him. It was at that moment that they committed themselves to full-time Christian service, together.

After their marriage, the Lord proceeded to lead Jeff into 15 years of work as an administrator in the health care field. Each year Jeff and Danette renewed their commitment to missions, trusting the Lord to use their lives for His glory. As they were praying one day, the couple sensed it was time for a change and they approached their missions pastor who connected them with a ministry organization called World Hope International.

In talking with the president of World Hope, Jeff learned of an opportunity to travel to Sierra Leone, West Africa. Sierra Leone was just emerging from a brutal civil war and the team’s focus was serving amputees. Jeff didn’t feel he would be the right person to go, but he was sure he could find the right person for such an assignment. But everybody Jeff asked said no.

When Jeff approached the World Hope team leader with this news, she said,

Jeff said yes, and what he saw in Sierra Leone broke his heart and changed his life.

Half way over the atlantic

Half way over the Atlantic on the way back from Sierra Leone, Jeff talked with the director of World Hope and shared how the Lord had changed his life through the experience. When Jeff described his interest in working for the organization full time, the director welcomed the idea but indicated there were no funds for a new position. Jeff agreed to raise his own support.

After sharing the experience with Danette, they both agreed that they needed to take this next step as a family. Several faithful people stepped forward to provide full support for the first year so the whole family could make the move and get on the field.

This began an eight-year journey as Jeff and Danette served with World Hope in various areas of compassion related ministry throughout Africa, Central Asia, and Eastern Europe. Their lives took a strategic change as they were asked to move to Zambia to provide leadership to a sub-Saharan Africa HIV prevention orphan care initiative. This exposed them to the wonderful experience serving with indigenous leadership as well as experiencing the richness of cross-cultural living.

The Johnsons spent a large part of a seven-year period living in Zambia and Mozambique. During this period the whole family was involved in ministry, even when their four children were young. Jeff provided organizational leadership and Danette connected with the women, building strong relationships and doing hands-on ministry in the villages. Danette home schooled the children, but an equally important part of their education was being out in the field, playing with children in the villages, and building relationships with other children.

Jeff and Danette have spent the last five years living in Holland, Michigan and leading Hope for Grieving Children Africa, a faith-based organization that equips pastors, caregivers, and community leaders to help bring understanding, hope, and healing to children suffering from the effects of losing a parent. Through curriculum that helps adults know how to love and support grieving children, this ministry has trained 3,500 caregivers and impacted 25,000 orphans throughout Africa.

core value of indigenous leadership and programs. As Jeff learned more about IN, he had moments of clarity and humor as his compassionate heart and ministry experience continued to link up with what IN USA was looking for in its future leader.

In their many steps of faith throughout their life together, Jeff and Danette have seen the Lord work in incredible and creative ways. They know the Lord is with them in this new step of faith as Jeff begins to lead International Needs USA.

The Lord has called and He will continue to equip Jeff and the team to carry out His work in His timing. Praise the Lord for His faithfulness.

Here are some specific ways you can be praying: