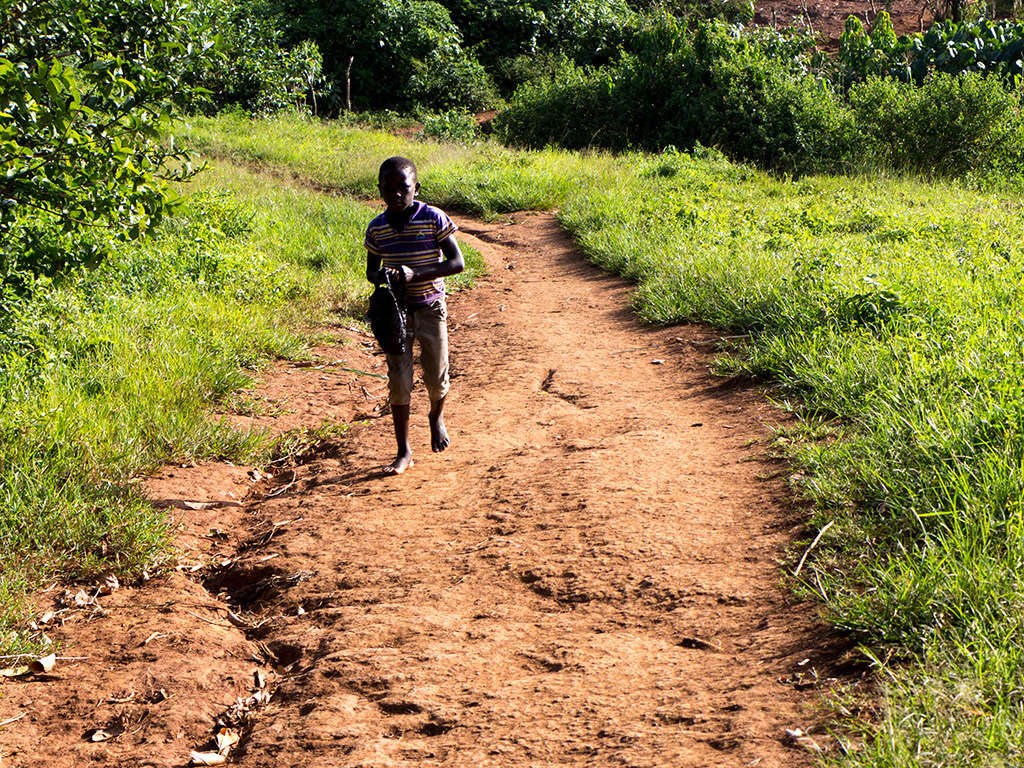 IN Uganda Executive Director Rev. Justus Miwanda reflects on how his painful past has been used by God to equip him for outreach to the suffering.

In 2002, when International Needs USA began looking for a staff person to help run programming for 500 orphaned and displaced children, the local church fellowship was gracious in their recommendation of Rev. Justus Miwanda.

Justus’ testimony was well known—how he had transformed the heartache of his own history of abandonment into a vehicle for reaching out to others in their suffering.

Justus’ troubles began in infanthood. When he was only three months old, his mother abandoned him to the care of his paternal grandparents. It was an act that his mother, unmarried and only 15 or 16 at the time, had been pressured into by her own family so that she could continue her schooling.

“She wrapped me in a piece of cloth to which she tied a small drinking cup, left me in my grandparents’ living room, and walked out,” says Justus.

Justus lived with his grandparents until the age of five, when he went to live with his father and stepmother. When he was seven, his birth mother was finally located, and he went to visit her for the first time.

Over the next 13 years, Justus visited his mother a handful of times. But by the age of 25, when he felt ready to embark on a deeper relationship with the woman who had given him life, his mother became very ill and, tragically, died at the age of 42.

“That was really hard,” says Justus. “By then I had been looking forward to having a real relationship with her, to really bond with her. But suddenly it was no longer possible. I blamed God.”

At the time, Justus was teaching at a local school and living in a government-issued house. To ease his pain, he identified five young boys at his school who were having difficulty affording their school fees. One by one, he invited them to live with him, giving them a home and financing their educations.

“Adopting those boys is one of the best things that ever happened in my life,” says Justus. “I felt so happy because they were without any hope if someone did not take them in.”

But Justus’ remarkable generosity did not shield him from additional pain.

One day, Justus’ beloved fiancée began showing signs of illness. Their worst fears were soon confirmed when she was diagnosed with AIDS. Justus nursed her through her illness, but she succumbed to the disease, and once again Justus wrestled with the grief of abandonment.

In his late 20s, Justus met and married Deborah, the love of his life. Deborah gladly embraced Justus’ five adopted teenagers, and later the couple welcomed three children of their own.

By 1995, Justus had begun to gradually make peace with his mother’s death and to accept that the Lord was using his painful history to prepare him for service to the hurting and disenfranchised.

Justus joined International Needs Uganda as executive director in 2003, bringing to the complex leadership role diplomas in teacher education, hospital administration, and Christian ministry as well as a bachelor’s degree in business.

Over the years, Justus has come to terms with the pain of his past, convinced now “beyond a doubt” that God has used his troubles to prepare him for his current ministry.