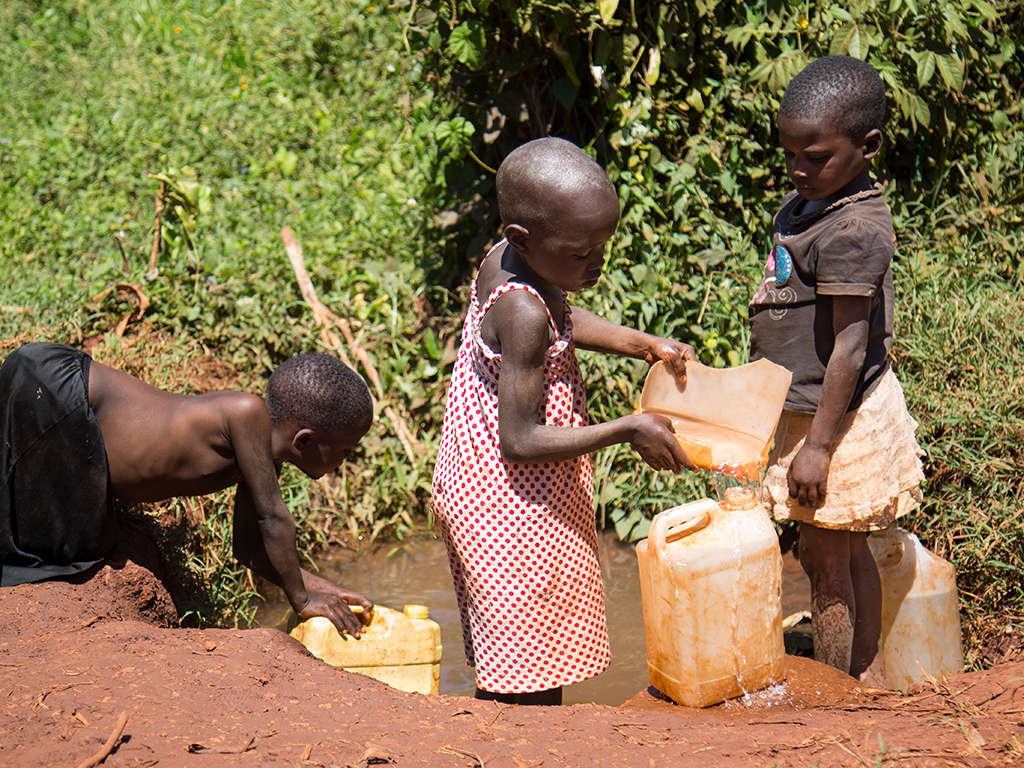 Water for a Mother and Her Whole Community

Six months ago, Esther’s day was centered on hauling water for her family. Every day, she traveled a mile and a quarter to collect water from a pond, and after she made this two hour journey to bring back water, it wasn’t even safe water.

35-year-old Esther lives with her ten children in Monde Village in south central Uganda. She works hard as a peasant farmer and earns less than $28 per month.

The only water accessible to Esther and her family continued to make them sick with water borne illnesses like typhoid and diarrhea.

The amount of water Esther could carry was not enough for her family, so household cleaning, body washing, and washing clothes were difficult and the family’s sanitation and hygiene suffered.

One day, everything changed because of a new well in Esther’s village.

When the need for safe water in Monde was established, the Aquascape Foundation and Blue H2O stepped up to help with a deep well, also known as a bore hole. While the project faced its share of challenges, including the well site being blocked by a landowner and resulting need to find a new location, by December the well was complete and Esther and the entire community had access to clean, safe water.

Now Esther is part of a five member water-user committee in Monde. Committee members are trained and equipped with necessary materials and are working together to educate community members about proper sanitation and hygiene practices.

Esther now has more time to invest in her children and in the small farm plot that supports her family. Her children’s health is greatly improved and the whole community has enough water for homes and agricultural usage.

Praise the Lord for His provision for Esther and her whole community!

Click here to support bringing safe, clean water to other communities around the world.